Damon Morey, now known as Barclay Damon following its merger with Hiscock Barclay in 2015, engaged McGuire Development Company in 2008 to provide fiduciary oversight services for the construction of its new headquarters as it was transitioning from its long time home in Cathedral Place to the newly constructed Avant Building.

A project several years in the making, Damon was reliant upon the landlord, Uniland Development, to construct its new offices according to agreed-upon specification and following Damon’s tight relocation schedule given its expiring lease. After several fits and starts due to Uniland’s complex $85 million reconstruction of the former Dulski Federal Office Building into a Class A Office and Hospitality building, at the time of McGuire’s engagement, completion of Damon’s new office space was behind schedule and over budget. 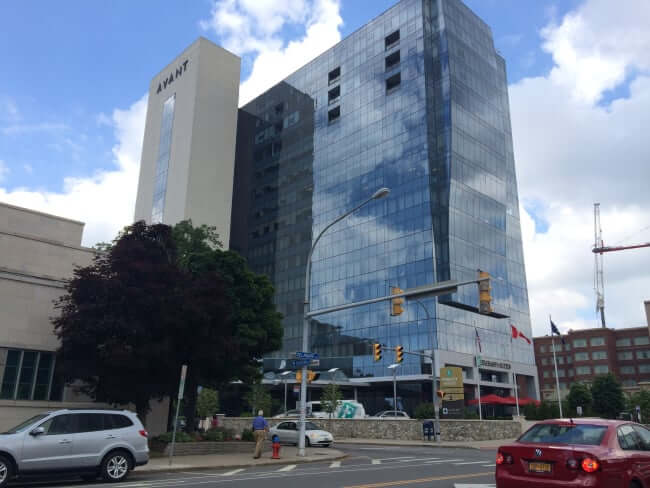 What Our Clients Say

Our Company owns and operates 30 Tim Hortons restaurants throughout Western NY. As the Controller for the Company, I provide our Senior Management Team with the day-to-day financial aspects of the business as well as the execution of our goals and Corporate strategy. McGuire has been a great partner in...

“By building relationships with my staff, McGuire Development was able to guide CSAT through the process of obtaining a sacred historical building in the region. Creating trust within the community was imperative to the success of the move and McGuire made every effort to help us achieve that, which allowed...

"I wanted to take a moment to write and thank you for the great response of your team when we lost power in our building. … This degree of responsiveness and expertise is something we continue to expect and receive from the team at McGuire Development. Whether it is addressing...

“Our level of trust and comfort with the professionals at McGuire Development Company is what ultimately guided us to pursue our professional vision for a state-of-the-art pediatric center. Their open communication on project costs, building designs, and return on investment gave us the realistic expectations we needed to make sound...

"The McGuire Development team’s depth of experience helped us through a complex building project in Orchard Park. McGuire was instrumental in all aspects of the project from site selection, and financial analysis through all construction phases and project completion. They helped us select other team members, vendors and sub-contractors and...

"University Pediatric Dentistry, P.C. (UPD) recently completed two simultaneous and very successful projects using McGuire Development Company, LLC as our representative. On the surface this may sound like just another business arrangement but it would understate the partnership and support McGuire provided. In addition to the design and construction expertise,...

“We knew there was no way we could enter into a project of this scale with just any company. We wanted a firm that would be forthcoming about costs, space requirements, and deadlines throughoutthe process.”